In this era of personalised medicine, are big clinical trials relevant? 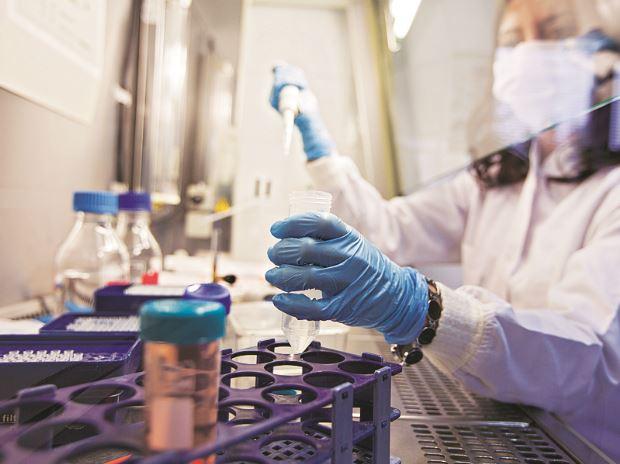 Sweeping clinical trials in which thousands of patients are studied for years at a stretch have long been the Holy Grail of medical research — especially when funded by the federal government.
But in the era of personalised medicine, where care can be tailored to a person’s genetic make-up and doctors analyse a patient’s DNA to figure out treatments, big trials are falling out of favour.
Instead, many researchers are arguing for smaller, nimbler trials that involve fewer patients and take less time. This has pitted those who believe small trials make more sense against those who worry that large trials are being cast aside in favor of flash-in-the-pan approaches that won’t stand the test of time or efficacy.
To Ursula Matulonis, who treats ovarian cancer and other women’s cancers at Dana-Farber Cancer Institute in Boston, the debate over trial size has a special urgency: Many of her patients are desperately sick.
That is why flexibility in a trial’s size is crucial, she contends. “As we become more genetically astute, and understand a type of cancer better, I think those large randomised trials will be hard to do. There won’t be that many patients,” that fit into one big group, she added.
The big randomised clinical trial is an “endangered species,” says the senior author of a recent study that charted a decline in clinical trials funded by the National Institutes of Health. “Everyone wants an answer in a hurry. Everyone wants to study a few patients,” says Curtis Meinert, a professor at the Johns Hopkins Bloomberg School of Public Health.
“Clinical trials are critical for generating high-quality evidence to guide clinical practice and improve public health,” the study said, adding that the decline in trials could be explained by a “flat NIH budget” that had resulted in “approximately 20 per cent less in real dollars in 2015 than in 2005.” The study said the decline also could be explained partly by rising costs of trials.
In a statement, NIH said: “While NIH funding for clinical trials has not decreased, the combination of increasing costs to run clinical trials (for example, cost per patient enrolled) and reduced buying power has resulted in a fewer number of trials being funded.”
A statement by James Doroshow, of the National Cancer Institute, a part of NIH, said that NCI sees smaller, more focused trials “as a positive trend.” Dr Doroshow, NCI’s deputy director for clinical and translational research, said that as knowledge of cancer deepens, it “means we can complete trials that provide thorough answers with fewer participants, at lower costs, and in less time.”

Advocates of smaller trials say it isn’t only about money —it also is about discovering effective treatments.
“People have to rethink the value of the large clinical trial in an era of personalised medicine,” says Nicholas Schork, a professor at the Translational Genomics Research Institute in Phoenix. With genomics, doctors “are trying to match drugs to individual patients’ features, so the sorts of trials we need will look much different than the large clinical trials,” he added.
The debate is surging days before the results of a large clinical trial are to be unveiled this week at the American Society of Clinical Oncology’s annual meeting. In a marriage of modern genomics with a classic randomised trial, researchers followed about 6,700 women breast-cancer patients for several years to see if they could safely be treated without chemotherapy.
The trial centers on a genomics test known as Oncotype DX that can indicate how aggressive a woman’s breast cancer will be by assigning it a genetic “score.” In recent years, the test has been widely used by doctors trying to decide whether patients with early-stage breast cancer needed chemotherapy. The recent trial, known as TAILORx, focused on women with more complex breast cancer, to see if they, too, could be spared chemotherapy, a treatment that can be toxic.
Larry Norton, a breast-cancer specialist and senior vice president at Memorial Sloan Kettering Cancer Center, points to TAILORx as the “classic example” of why large trials remain important. “No matter the results, they will influence [clinical] practice,” he says. “They will definitely influence what we do.”
Dr. Norton stressed that he believes in small trials — and does some himself — but has been concerned that large trials have increasingly been critiqued as unnecessary. TAILORx disproves that: “The results will affect the care of 100,000 women in the United States,” he said, because the women will — or won’t — receive chemotherapy and that guidance could only have been achieved through a large trial.
To Dr Norton, the debate may stem from a divide in “world views” among scientists that could in part be generational. Young people entering medicine have embraced the “zeitgeist” of smaller, faster trials. “It is probably related to the digital age, and the need for immediate gratification,” he says. “You push the button and you get the answer back.”
At a recent symposium at the annual meeting of the American Society of Breast Surgeons titled “Why Big Trials Still Matter,” Dr Norton cast a critical eye on small trials and the current shift toward them. He warned that most discoveries and advances are modest — for example, a drug that reduces the risk of death by 25 per cent — and statistically, they are more likely to be uncovered in the course of large trials and missed in small trials. “I think that we are throwing away a lot of good drugs and a lot of good diagnostics because our trials are too small,” he said.
At Genomic Health, the company that produced the test in the TAILORx trial, co-founder Steven Shak, the lead developer of the Oncotype DX test, says it came about after conducting many small trials. Small trials can lead to significant innovations, he said, and are “critical to developing technologies.”
Of course, he added, the classic big trials are crucial “to determine if these [new innovations] really work.”